VIEW ALL CAUSES
PREVIOUS CAUSE

A complicated beam replacement was completed on the Robinson Bridge on Monday and Tuesday, July 19th and 20th by Gamble Excavating and Haulage. The Lynn Valley Trail was closed for two days while this work was completed. The pre-job planning, set-up and engineering input allowed this project to be completed safely, efficiently and with a minimum amount of trail closure.
Mark Gamble and crew planned the job and prepared the site during the week of July 12th. Vallee Consulting Engineers, Architects & Planners worked with Gamble and the Lynn Valley Trail producing a rigging drawing and provided approvals for the rigging set-up and the new beam alignment under the bridge girders. A safety meeting was held prior to commencement of work on Monday morning to review the project hazards and how to mitigate them.
Gamble and his crew managed to jack up the bridge, remove the old beam and move the new beam into position on July 19th. The following day, the beam was aligned and secured in position, bridge handrails re-established and the work site was cleared of all equipment and material. LVT maintenance personnel also took advantage of the trail closure to install a number of new deck boards on the bridge. 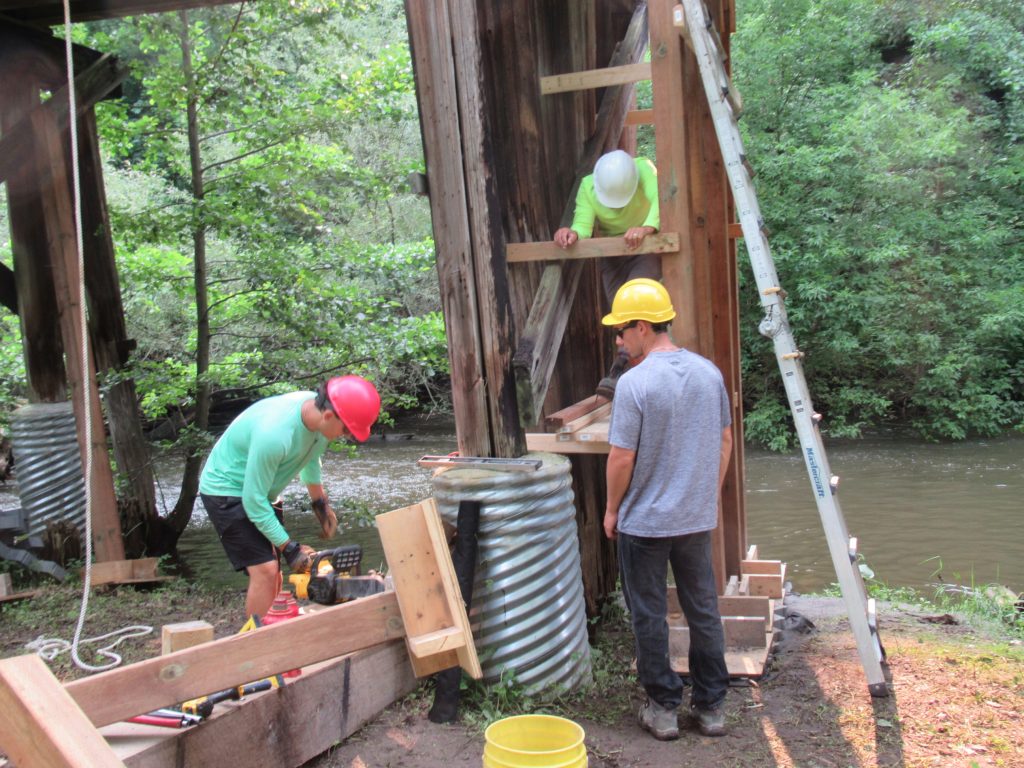 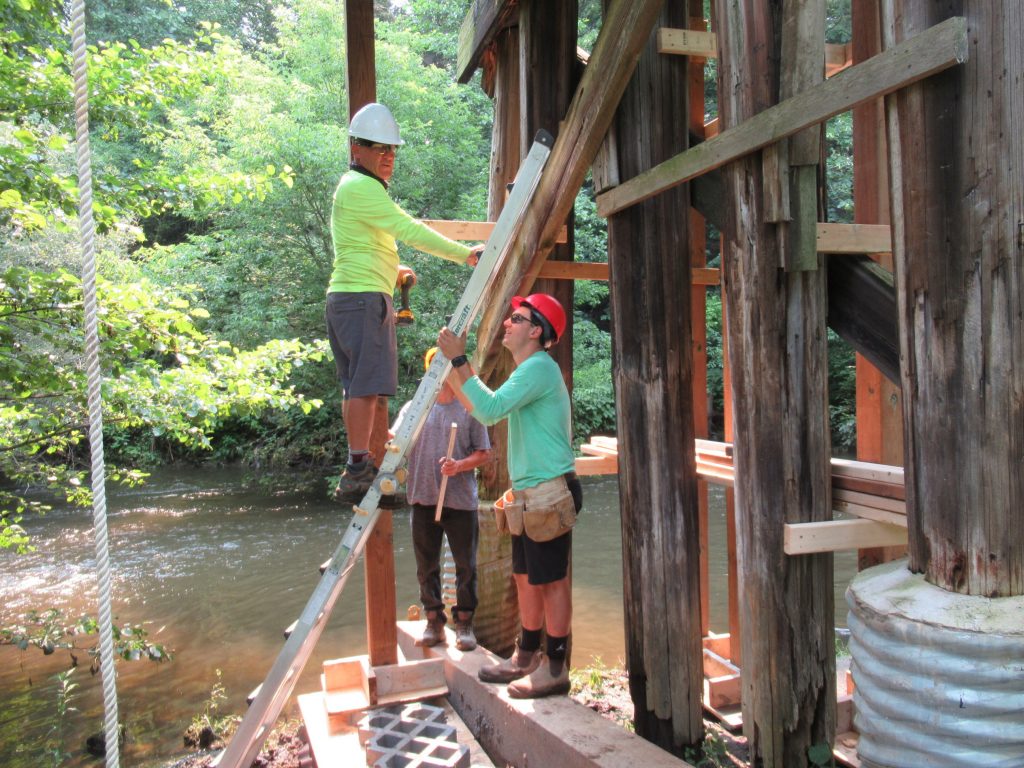 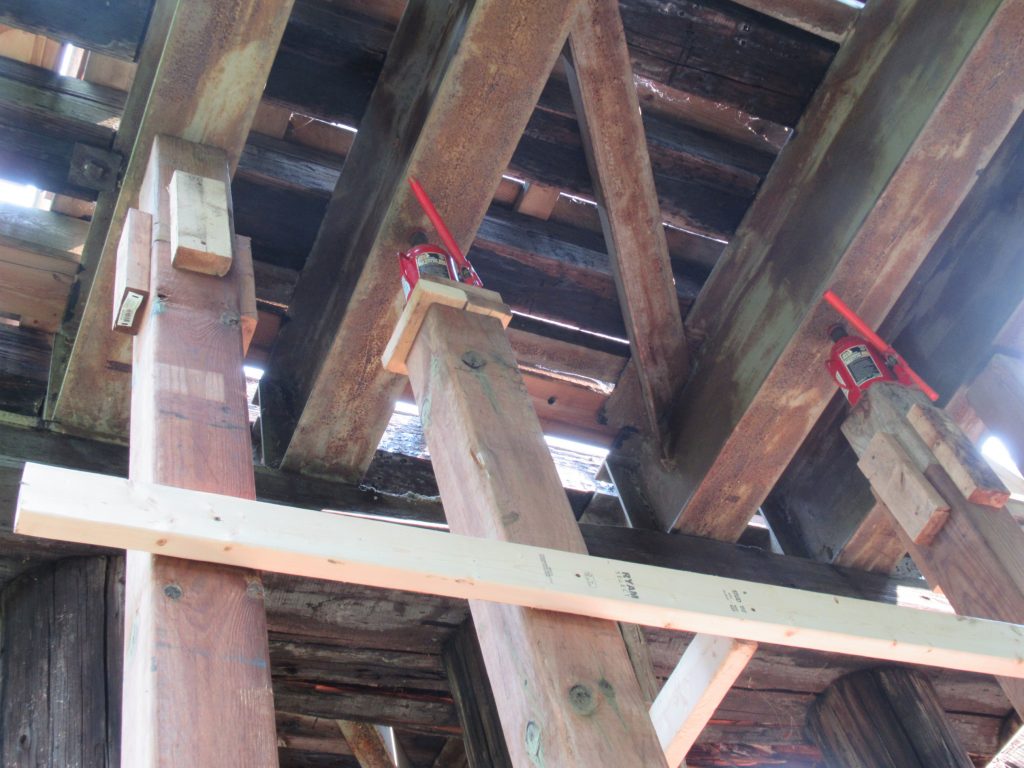 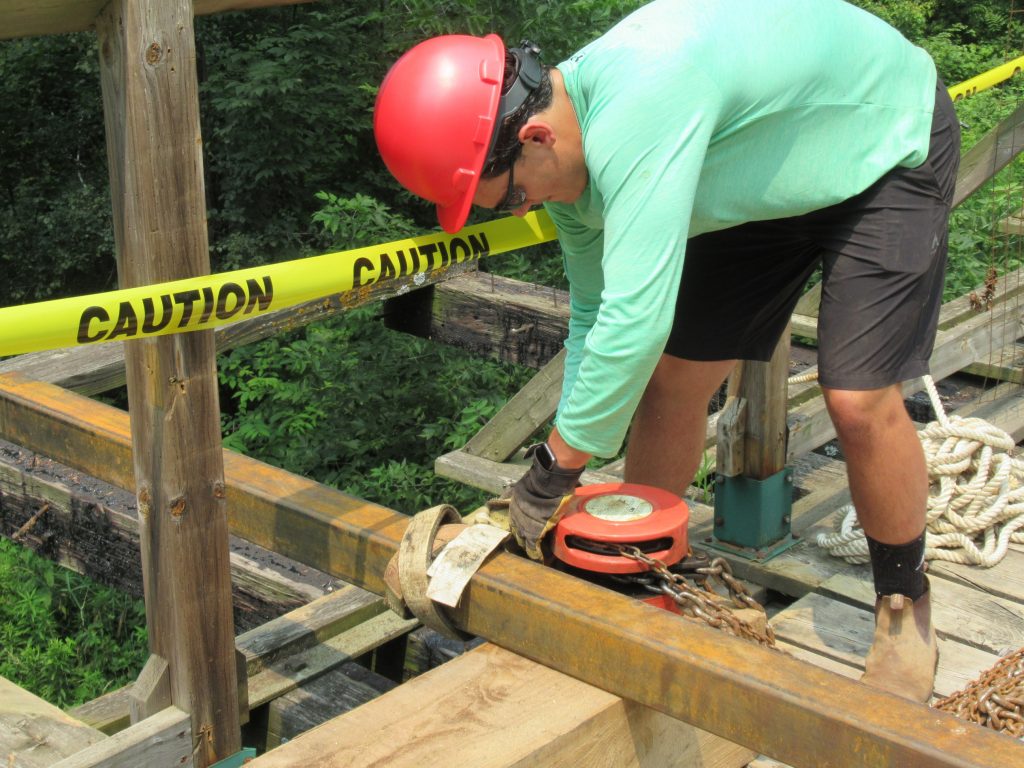 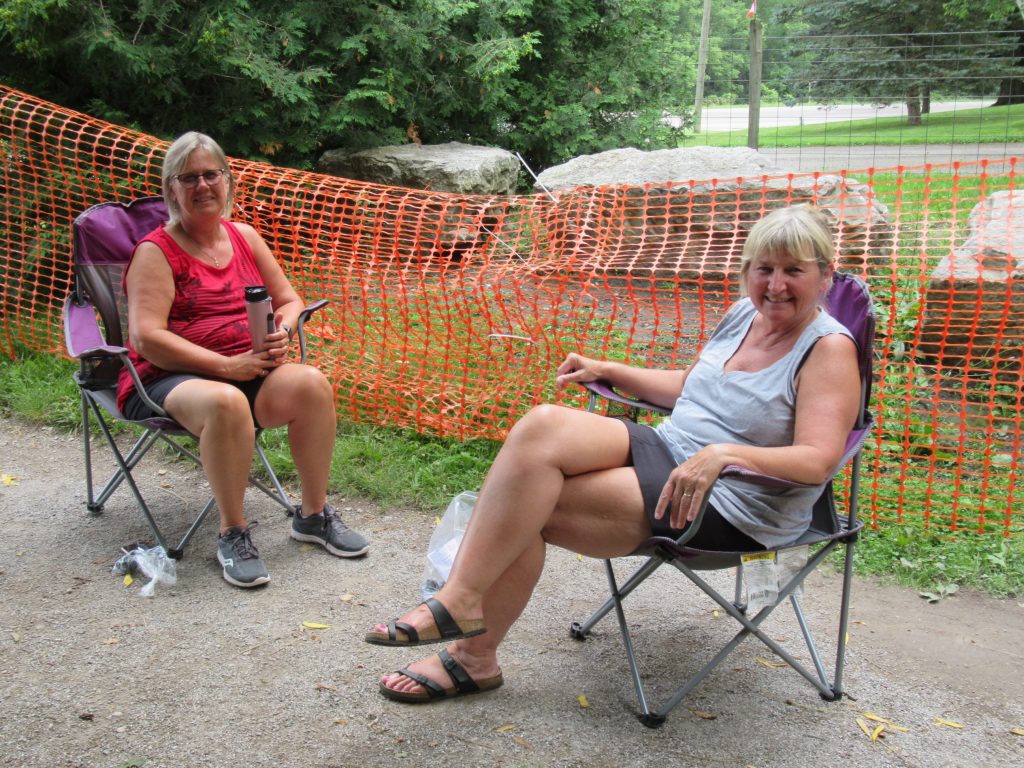 Our “Gate Guards” Patti and Anne – kept trail users away 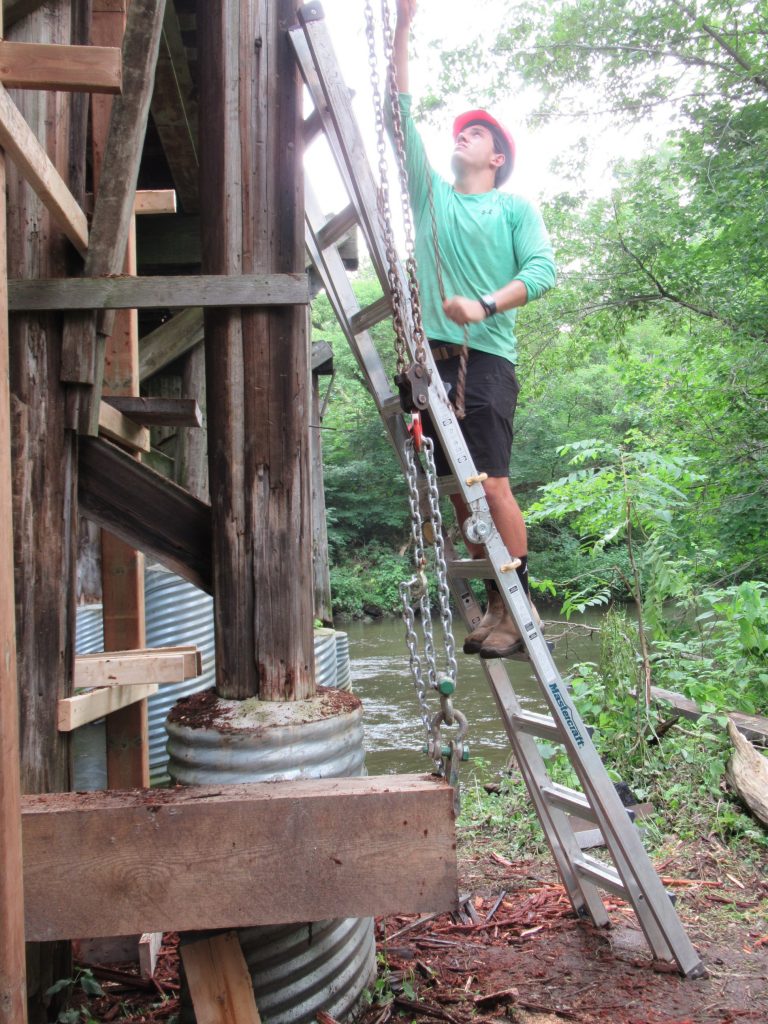 By sending newsletters and other communications by
e-mail, we can ensure that your membership fees and
donations go directly into trail initiatives.

It will let us save a few trees as well.